The sky is still dark when I start putting my waders on. The weather forecast said that this summer day will be bright and hot so the fishing on this C&R section of the Miera river, in northern Spain, will be restricted to the very early hours, in search of some fish feeding on those minute mayflies called Caenis.

The day awakes while I wade towards my favorite pool, that one which keeps some of the best fish of this stretch. The river is very low and the central tongue of current of my pool is running really lazy. I approach the place very carefully, step by step, and, suddenly, I see a good fish of about two pounds patrolling the inner bank of the pool with his back barely covered by water. It is, obviously, looking for some floating duns to have breakfast.

I don’t dare to get closer than around 10 meters: on a bank composed of shingle a bad step means immediate disaster. Kneeling on the ground I cast my Parachute Adams #26 presenting it close to the bank, in the area that the fish is scanning. On the water only the fly and the tippet, the rest of the leader and the fly line are on the bank. Through the glare I catch glimpses of the trout as it goes here and there picking minute Caenis, patiently waiting for the fish to stumble upon my fly.

Two minutes after landing the fly hasn’t moved even one centimeter: the current in the center is slow but here, close to the inner bank, is plainly non-existent. An eternity later I see, at last, the wake of the trout coming in the general direction of my fly; it gets closer and closer… then the fish stops, and time stops too; I prepare myself for the strike trying to keep calm, I am very prone to bursting tippets when confronted to this kind of anticipated takes. Suddenly the water explodes and the fish bolts away, leaving the fly behind and heading for his lie in the undercut of the opposite bank.

I reel in reproaching the fish for its lack of tact; I can’ stand when they add humiliation to what could have just been a regular, respectful refusal. Today I am still wondering what is in the mind of a trout to which the mere vision of a #26 Parachute Adams tied to a 6X tippet can be such a terrifying sight.

Of course, the pod of four or five trout that, until then, had been steadily rising in the main current of the pool run immediately for cover too.

I walk up and down the river bank in search of any sign of activity. I don’t change the fly, I have faith in it. It is knotted to the end of a 6 meter long leader, a length which anglers who fish the rivers of central Spain would consider as a sign of madness, but that is normal stuff for those who confront the challenges of the trout that populate the rivers which drain into the Bay of Biscay (even a friend of mine would say that this leader is really short for tempting the incredibly spooky fish of the Miera river; better to pay attention to what he says since he is one of the very few anglers who have consistent success here, and I am not one of them).

More than an hour later I see a good trout rising in the head of the same pool. A painstaking approach through the calm water gets me in position to cast the same #26 fly to the fish. The fish takes and after a short fight I release a forty plus centimeters long wild brown trout. Then I head for home really happy. We can measure satisfaction in terms of fish caught… but not only in those terms. But that is another story. 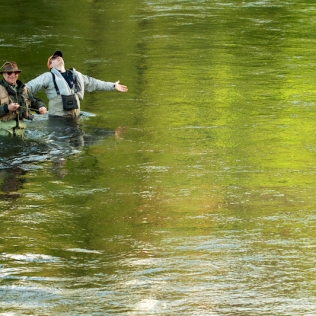 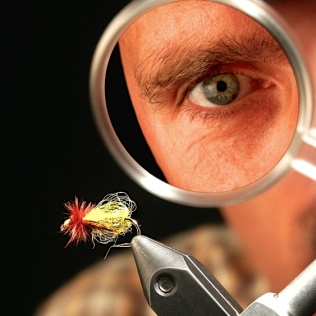 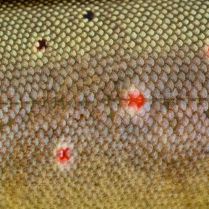 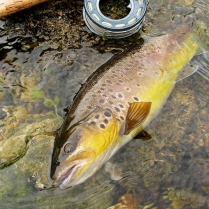 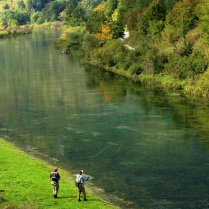 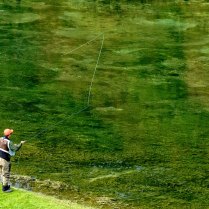 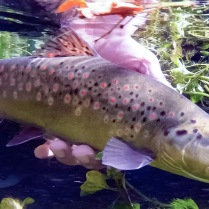 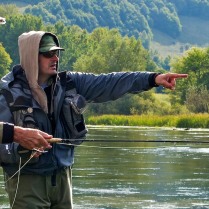 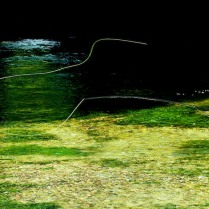 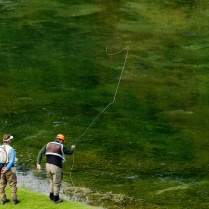 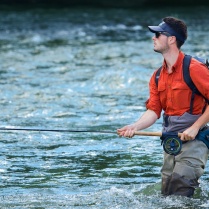 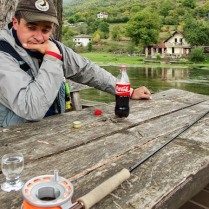 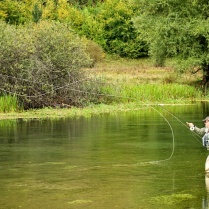 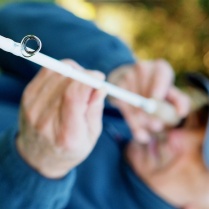 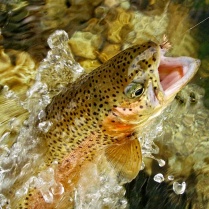